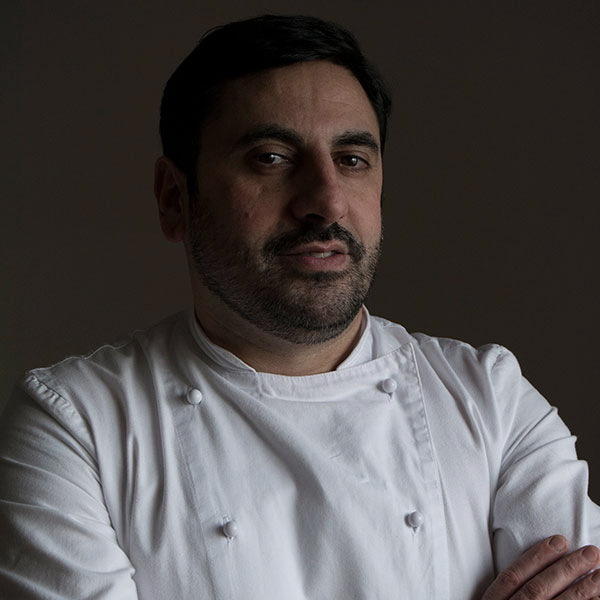 He was born in 1976 in Giarre (CT) and he started his career in some restaurants on cruise ship from the Unite Kingdom, that became his second home.

After a long period, he went back to Sicily and met Loredana Crisafi, that gave him the possibility to teach in Myda school, holding the professional training course for chefs.

But soon he went back to England because of some important commitments, consultancies and openings of restaurants.

So, Giuseppe Raciti replaced him as tutor chef of the professional training course for chefs.

He went back again to Sicily with the desire to stay permanently; in fact, he opened a restaurant in Taormina (ME), named “Princi”.

His motto is “from nature to the dish”: you can always taste the authentic flavor and recognize every single ingredient of what he cooks.

He is particularly fond and accurate in bakery art, something that has always characterized his life.

Since the foundation of the school he is Myda haute cuisine teacher.