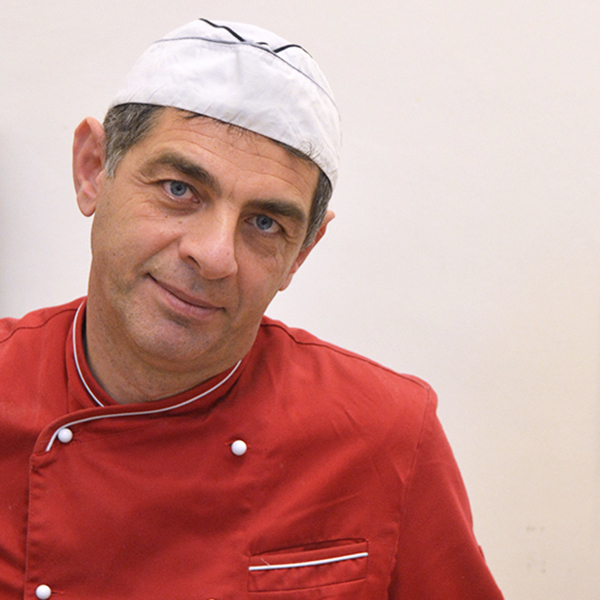 Dino Catalano had clear ideas about his future since he was a child. In fact, speaking about himself, he says: “When I was a child and people asked me what I wanted to become in the future, I always answered: a dolciere! And I like to be called like that”.

She loved to spend his time in experimenting his talent, both at home and at his father’s workplaces: “my knowledge comes from past mistakes; my biggest passion is to pass on every single secret of my job”.

In the 90’s he took part in the Tv show named “Numero Uno”, on Rai1, with Pippo Baudo, where competitors of different professional categories challenged each other, in order to establish their abilities and skills.

He is the owner of Caffè & Dolcezze, in Acicastello (CT) and he is bar and cafè pastry teacher since the foundation of Myda Cooking School.