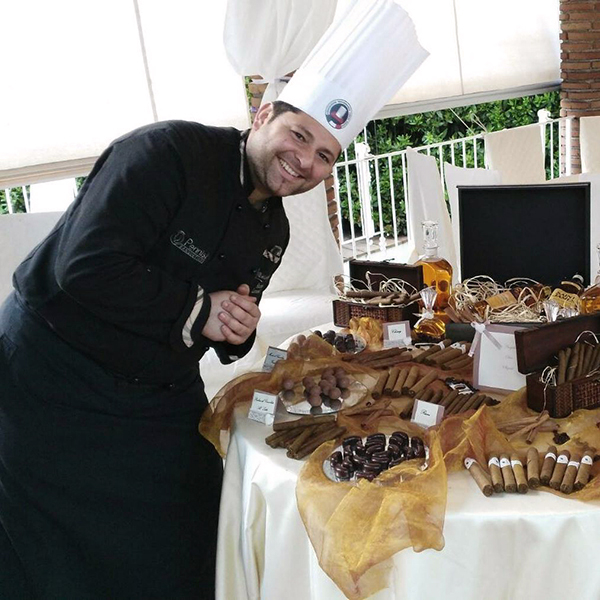 He inherited his passion for cooking from his grandmother and his aunt Angelina.

After having attended a catering institute, he had various experiences in Sicily.

From 2015 he is executive chef for “ Pennisi Group” , a long lasting collaboration. For them, he manages Certosa dei Cavalieri and Villa del Casale Bongiardo, but also the restaurant “Il Covo Marino” and the outside banqueting.

He was a teacher in ISFAD and Anpa Catania and he is the chef of OLis for southern Italy.

He had various rewards, such as the mandate of President of APCI Catania (Associazione professionale cuochi italiani, Professional associations for chefs in Italy).