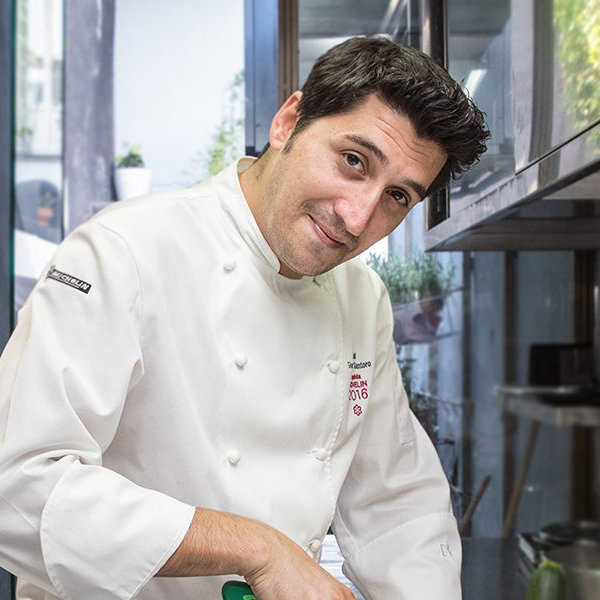 He was born in 1983 in Linguaglossa. Since he was a child, he had a passion for cooking, thanks to his mother and grandmother that were always cooking typical Sicilian food.

Tidiness, selection of raw materials, bond with Sicily and the possibility to improve the career, in order to see and appreciate what Sicily can give to people: these are some of the features characterizing the cuisine of Giovanni Santoro, the chef of the 1 Star Michelin Shalai Resort restaurant in Linguaglossa, on the slopes of Etna.

And in this “muntagna” (mountain in Sicilian) we can find his sense of taste, that makes the heart racing and that put together flavors and territory.

This conveys to his cuisine uniqueness and refinement, thanks to the experiences throughout Italy, but in particular in the Ionic area of Sicily. For this reason, in 2015 he received the Stella Michelin and other awards.

He made up his dishes in a simple but intense way. Each ingredient has his own interpretation and each combination is given by studies and attempts until the definitive proposal. He started to collaborate with Myda cooking school in 2017 and he is going to be one of the Masters of the next editions of the professional training for chef.