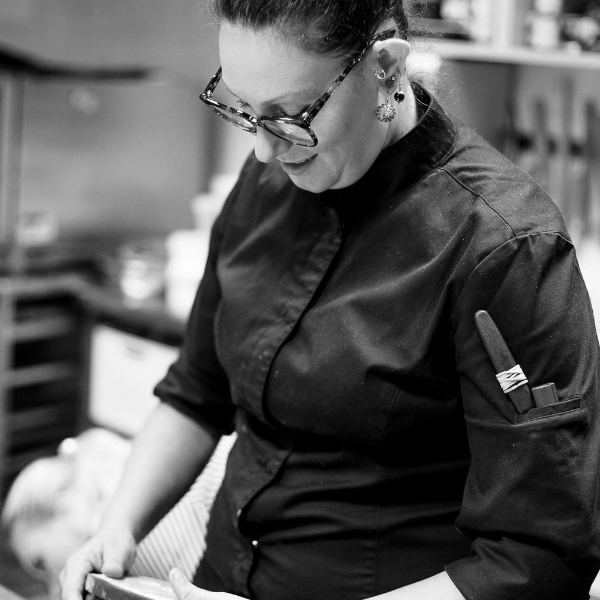 After having attended a training course at Accademia delle Belle Arti, she decided to start a career in the pastry sector.

Her education started in Boscolo Etoile Academy of Tuscania where she had the possibility to be the student of the most important pastry and cooking chefs, such as Luca Montersino, Domenico Di Clemente, Donata Panciera.

There she met Gianluca Aresu, that will be her master for the first four years of her career. They worked together as Lindt Maitres Chocolatiers, in the TV show that made him famous and in the writing of two books.

Then she took up the position of head pastry chef in the famous T Hotel in Cagliari, and had an important experience in MOF (Meilleur Ouvrier de France) with the pastry Arnaud Larher.

During her career, she has been working as interpreter and assistant for important French chefs, for example the MOF Guillaume Mabilleau, the MOF Yann Brys, the award winning Cédric Grolet, the world champion Quentin Bailly.